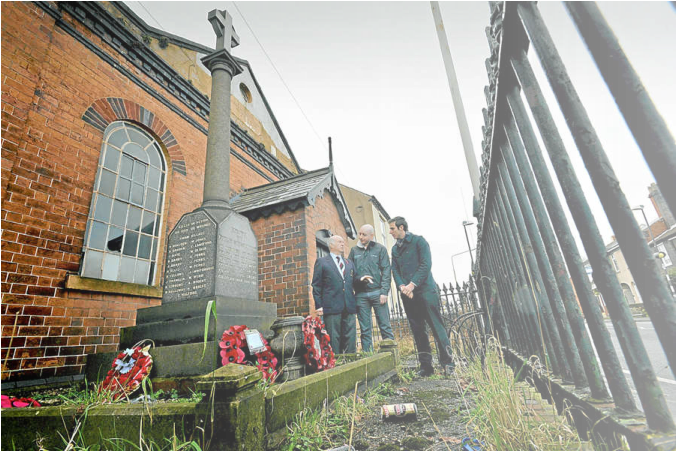 In 1922 the memorial was located in the centre of the hamlet of Swan Village, surrounded immediately by open cast mine workings to the north and west, shallow workings to the south and east and the lane running through connecting the village to the surrounding villages.

Today, the land around has been reclaimed and developed. The lane is now a main commuter route to and from the dormitory areas to the west and the industrial areas to the east. It also connects with two nearby major feeder routes to the motorway network. The church where the memorial is sited has recently come under private ownership and, while the current owner is happy to look after the memorial, the feeling was that the local community would prefer the memorial to be on public land.

The new three-quarter acre site opposite the Bramford public house at the cross roads of Parkes Hall Lane and Tipton Road, will allow services to be held for a reasonable number of people in safety, unlike the present site. The project will facilitate the reinstatement of the memorial as part of the community. The project will also allow for repairs and refurbishment to the memorial and allow the community to take pride in it once more.

Pupils from the local  High Arcal Academy are researching the War Memorial and some of the names on it and, with the help of the grant obtained by Woodsetton Charitable Trust will hold a public event to share their results with the community. A professional archaeologist, funded by the grant, will help them with their research. There will also be a celebration and commemoration event. The research and event part of the project will re-connect the community with the memorial and help make the soldiers and their sacrifice more actual and remembered.

The works to relocate the memorial is being carried out be W E Jones of Walsall and is set to commence at the end of October 2015, with an expected completion date of 6th November.
Powered by